Holy Trinity – A place of Prayer

Christians have prayed and worshiped in Holy Trinity since its foundation just over 800 years ago.  The result of this is a warm sense of the peace and presence of God pervading the building and those who enter seeking to find God.

The fine architecture brings with it a sense of the transcendence of God as well as the imminence and our worship feels traditional even when using the contemporary language service at 11am.

Sunday starts at 8am with a quiet and meditative service of Communion from the 1662 Book of Common Prayer.  The service lasts about 45 minutes and comprises readings, a reflection on the Gospel passage for the day and the liturgy of Holy Communion.

Our 11am service uses the Church of England liturgy of Common Worship (published in the year 2000) and we sing well known hymns with the assistance of a choir and organ.  Members of the congregation read lessons, lead the intercessions and assist at the administration of communion.  We finish with refreshments and fellowship in the church. 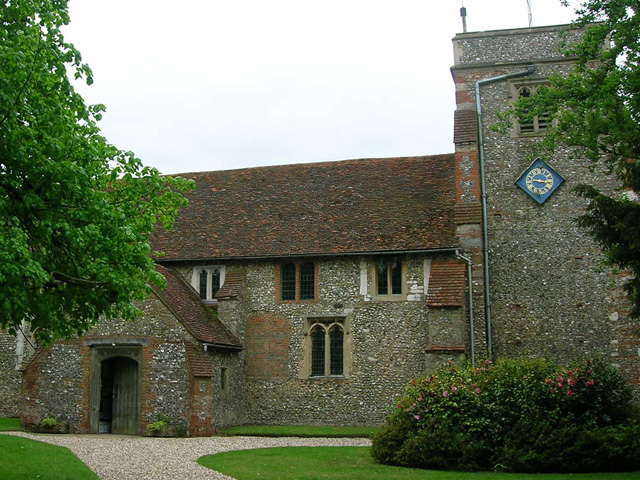 John Betjeman, observed that ‘within and without, the church has the charm of old water-colours’. It reflects the changing beliefs and fashions of generations of churchgoers for over eight centuries. The nave is late 12th-century (also the font, consecration crosses and stone tomb), the south aisle and low tower are early 14th-century with the chancel and Lady Chapel largely rebuilt in brick in the 1730s. The clerestory and the fine queen-post roof with arcading were added in c.1400. The nave is built of flint, with clunch and tiles incorporated into parts of the quoins, buttresses and porch. All the exterior roughcast was removed in 1952 to reveal the flint-work and stone.

The ‘Penn Doom’, one of only five surviving wooden tympanums in the country, is a 12-foot wide painting of the ‘Last Judgement’ on oak panels and hangs above the chancel arch. It has twice been on display in the Victoria & Albert Museum in London. There is also an attractive arrangement of 14th-century Penn floor tiles set into the floor of the Lady Chapel, and a fine collection of Tudor and Stuart brasses of the Penn family. There is a well-preserved example of Queen Anne’s arms on the nave wall. Six grandchildren of William Penn the Quaker, founder of Pennsylvania, are buried in a large family vault under the centre of the nave. Heraldic shields on the roof corbels portray eight centuries of English history. There is a particularly fine collection of 18th and early 19th-century wall monuments mainly to the Curzons and Howes.

In the churchyard there are many well-known names, and two are notorious: Donald Maclean who defected to Russia in 1951 and David Blakeley who was shot in 1955 by Ruth Ellis, the last woman to be hanged in England.

In the Second World War, the church tower was an observation post of the Home Guard’s nightly watch from a wooden sentry box erected on the roof. They could see Windsor Castle, Ascot racecourse, Northolt airport and the outskirts of London, as well as American planes landing at Brackley in Northampton some 40 miles away. 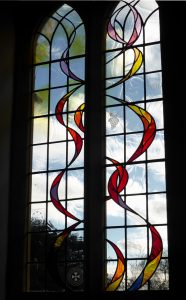 In 2013 local artist Sophie d’Souza was commissioned by The Penn Trust to design a window to celebrate the unbroken line of Christian service over 800 years given by the Rectors and Vicars of Holy Trinity. These are recorded on an oak board on the wall of the south aisle facing the window.

The design symbolises the gift of the Fire of the Holy Spirit which will have inspired the devotion of their lives to our Parish. Reaching upwards to the Millenium and beyond, the three entwined flames represent the Trinity. Elements of the history of the church and of the locality are represented by several etchings:

Since it was opened in 1854 St Margaret’s has adapted and changed to meet the needs of the parish.  This is now reflected in an open, bright and airy space inside the building which has a modern feel to it whilst keeping the sense of history and the essential feel.

Our worship at 9.30am on Sunday mornings follows the Church of England service of Common Worship in contemporary language and we sing a mixture of traditional and contemporary hymns and songs using the organ and piano (and occasionally the vicar of his guitar).  During the first hymn the young people go across to the hall for their own activities, returning to join their parents as they come forward to receive communion or a blessing.  The Sermons are based on the Lectionary readings for each Sunday and they seek to bring the message of the Bible alive and relate the challenge to our everyday lives. 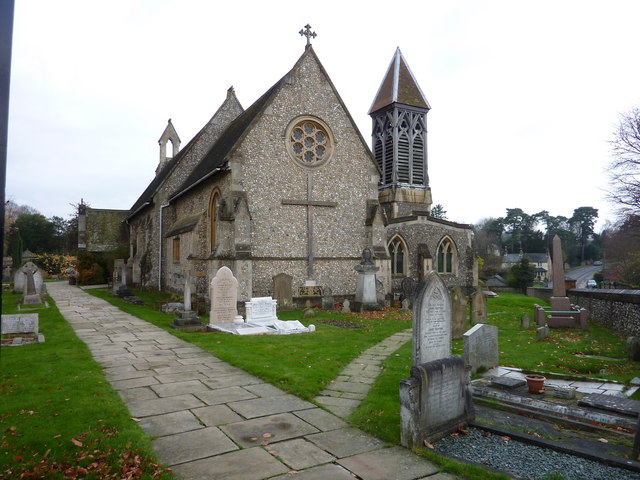 When Philip Rose first arrived in Tyler’s Green in 1845, it was a poor hamlet on the outskirts of the large parish of Wycombe, without either a Church or School. There was a population of only about 400, with less than 100 cottages, but it was growing fast as a result of illegal fencing off and building on the Common belonging to Bassetsbury Manor. 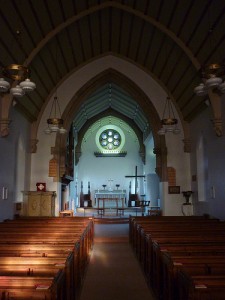 Philip Rose was a very successful, 29 year old London solicitor, who had already made a name of himself the previous year, by inspiring the building of the Brompton Hospital for Consumption and involving the Queen and half the House of Lords in the venture. He was also a close friend and legal adviser to Benjamin Disraeli and had made a good deal of money from his part in the endless legislation concerning the building of the new railways. He was very much a Wycombe man – for 9 out of 90 years, four generations of his family were Mayors of Wycombe, including his father and his elder brother William, who was to be Mayor in 1848. In 1847, he bought a local farm and steadily acquired local farms and property, until he was soon the de facto Squire of Tyler’s Green. Disraeli had bought Hughenden Manor at the same time and both were enjoying the early pleasures of being landowners.

For the first few years, Rose, who was a deeply religious man of a formidably puritan kind, went to Penn Church where he had permission to occupy Lord Howe’s pew, Patron of this neighbouring parish. His son later recorded that his father never liked it much since “it was a dreary old church in those days with richly cobwebbed windows in the corners of which huge spiders lurked and a Service as dreary as the Church, the spiders being much more interesting than the Sermons”. It was not long before Rose determined to build a “Church, Parsonage House and Schools”, though perhaps as much to satisfy his squirearchical ambitions, as for the other more genuinely selfless reasons which he was to put forward. He started by approaching the first Earl Howe, whose support was essential to the success of the enterprise not only because he was Patron of the neighbouring parish but also being one of the largest local landowners and a former Lord Chamberlain to Queen Adelaide.

The Church was eventually built in 1854, but not without overcoming great difficulties. Between them, Philip Rose and Earl Howe contributed the larger part of the funds and endowment needed. The church was named St Margaret after Philip Rose’s wife.

Find out more about the history of St Margaret’s Church. Click here to go to the Heritage website